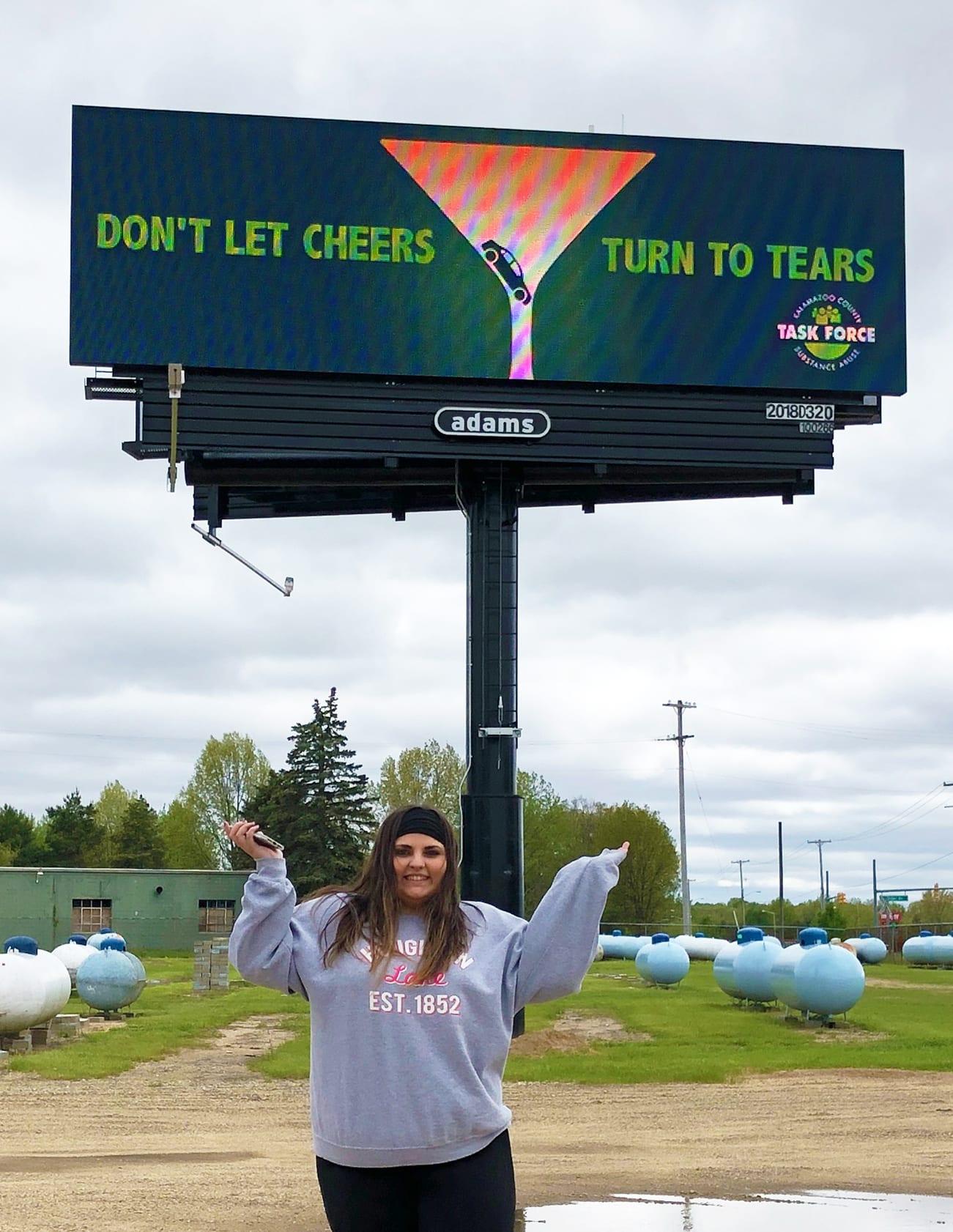 When MacKenna Eddy used her passion for art to stand up for something she believes in, the reward was larger than life.

Tom said MacKenna waited to tell him and his wife about the contest until she found out she won, so they were both surprised and thrilled when they heard the news.

“It was an exciting day when we found out she won!” Tom said. “It was one of those proud parent moments, seeing her taking a stand against something like underage drinking.”

This fall, MacKenna will be a senior at Climax High School. In her spare time, Tom says she can be found painting, fulfilling her passion for art. She also loves being outdoors, and their summers are full of trips to the lake to go fishing.