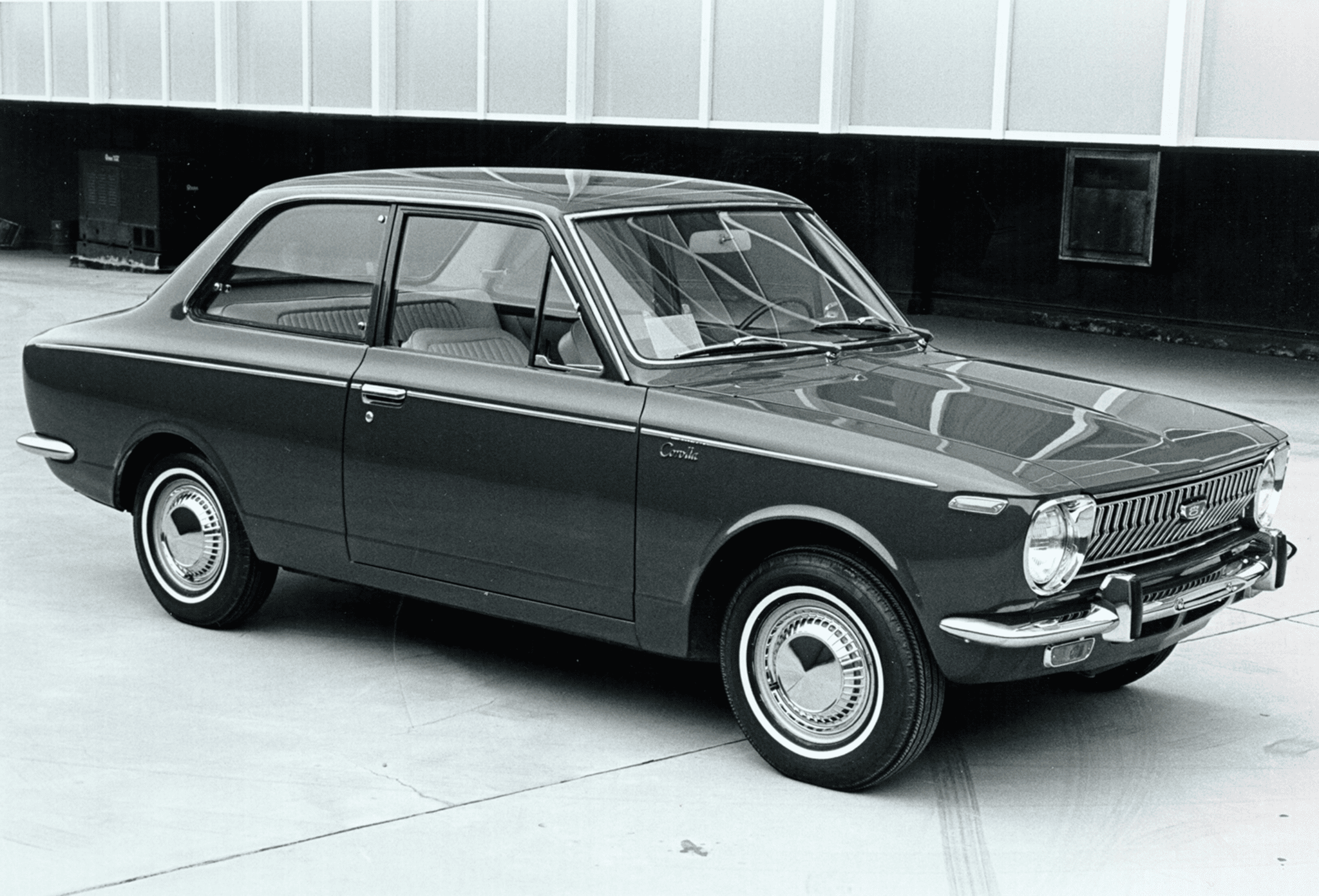 The Pop Culture of the Corolla – 30 Years

Introduced to the world in 1967, the Toyota Corolla, would become (1997) the best selling nameplate of all time, surpassing the VW Beetle.

On May of 1986, TMMC would break ground to build first Canadian plant in Cambridge Ontario to produce the Toyota Corolla Sedan.

TMMC production would officially start on November 30, 1998 producing the 6th generation of the Corolla (know globally as the E90).

TMMC would build a total of 153 vehicles that year.

In 1990, DSCN would establish our OE sales activity to support TMMC production. This activity would compliment our already established after market business that started in 1972. This was a major milestone to grow our Canadian Company.

Over a 30 year period, there have been at total of 5 major changes, through to the 11th generation and final TMMC version of this vehicle.

During this period, TMMC would also, introduce an engine plant and add 2 generations of TOYOTA Matrix vehicles, built on the same Corolla production lines.

DENSO has localized many products during this period, with the opening new North American production facilities (Including DMCN in Guelph, Ontario – 1998) , as well as introducing new products and product design changes. Eventually DENSO would supply approximately 70 parts to every Corolla built.

Production at TMMC will end on February 8 with the next generation’s NA production exclusively built at TOYOTA’s Mississippi facility (TMMMS).

TMMC will quickly retool the Cambridge facility to build RAV4 vehicles beginning March 11. Cambridge production at 203,000 annually combined with the Woodstock production of 237,000, will boost the annual Canadian volume to 440,000 RAV4 units.

While we are excited with the opportunities of the new RAV4, it’s important for DSCN to reflect on the past 30 years and recognize what this vehicle meant to our company, personal growth as well as our personal experiences.

It’s a big part of our DNA. 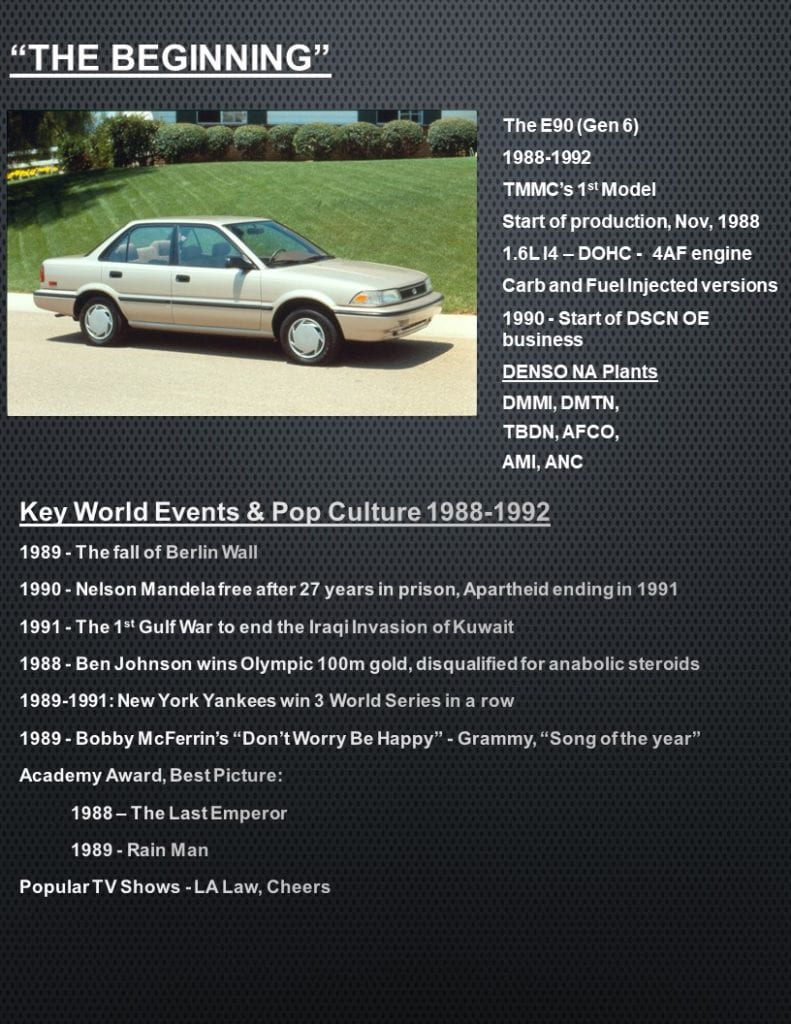 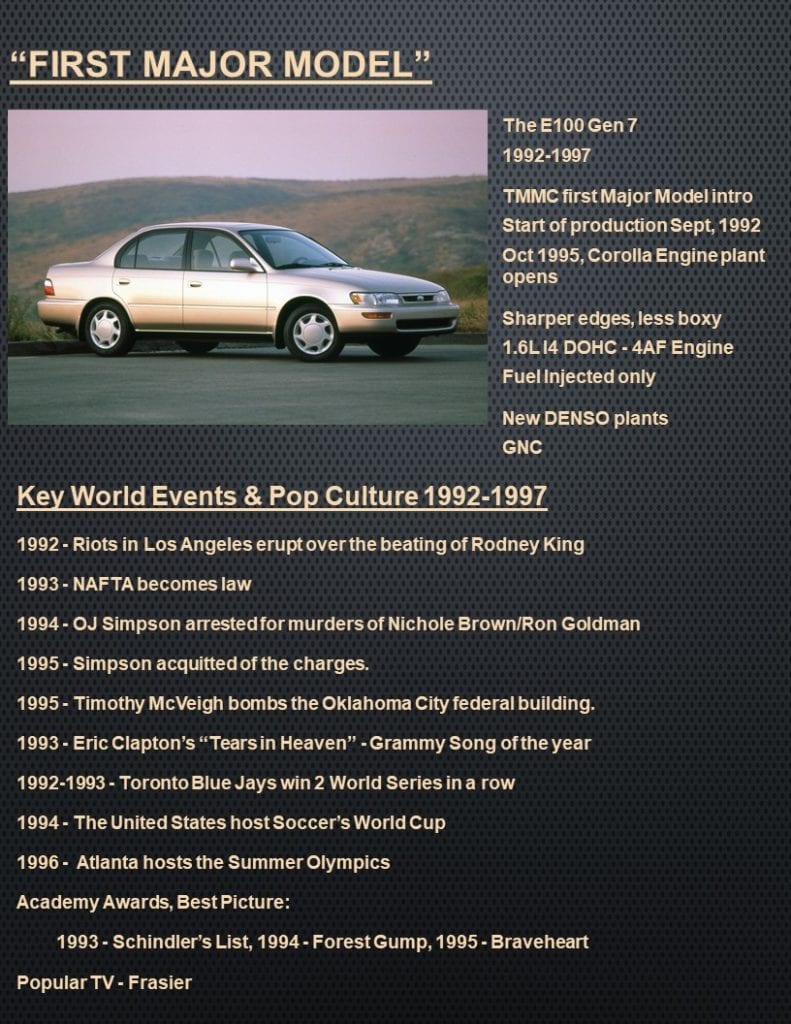 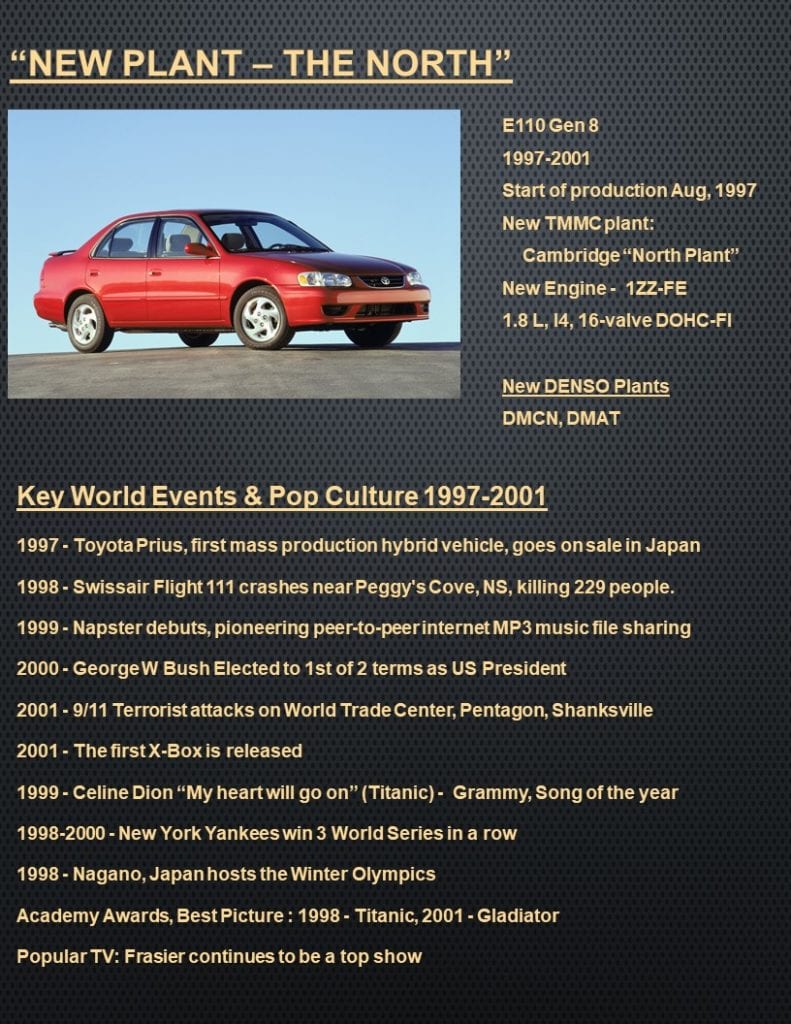 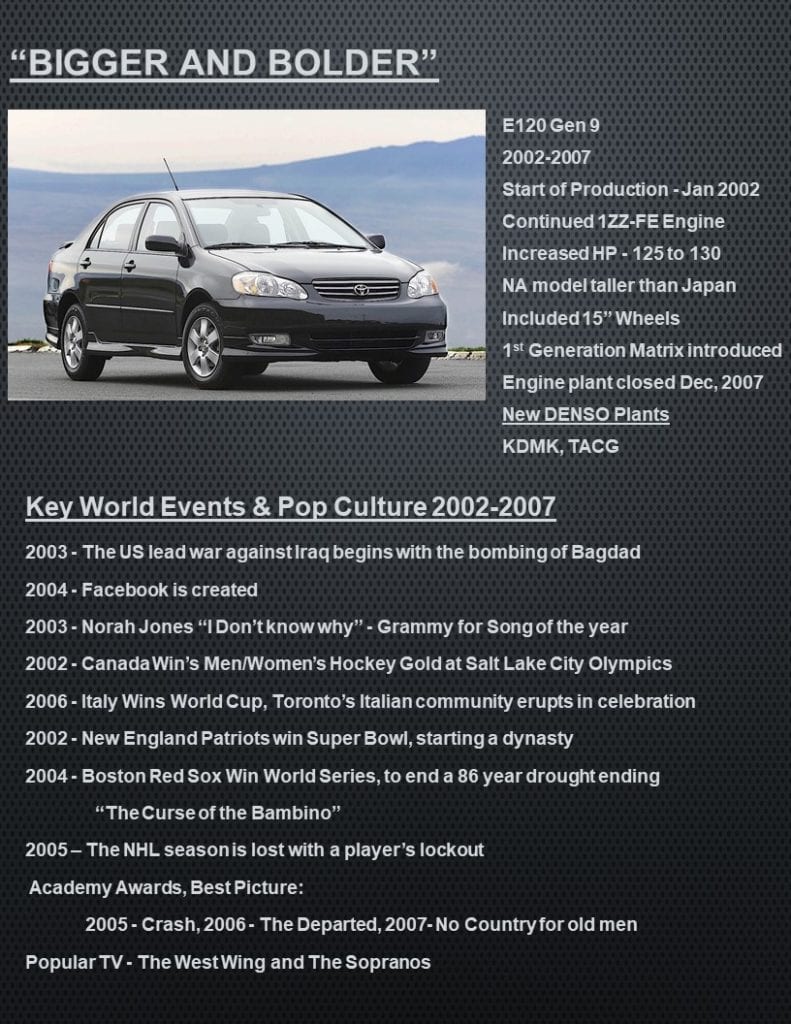 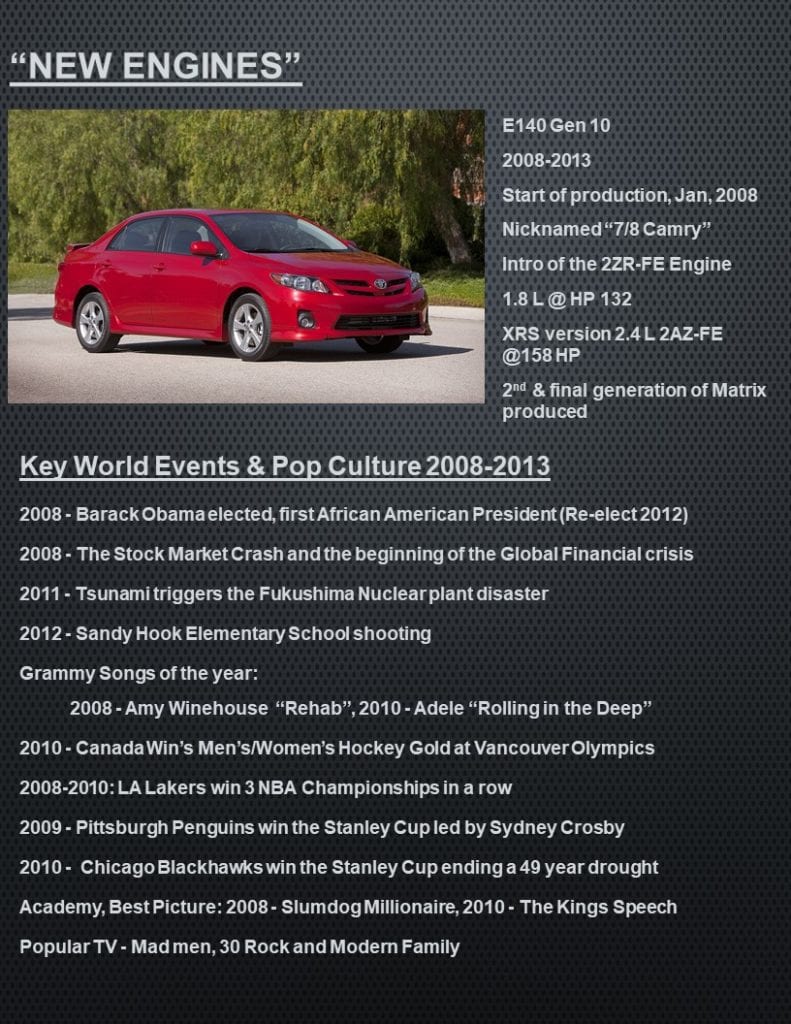 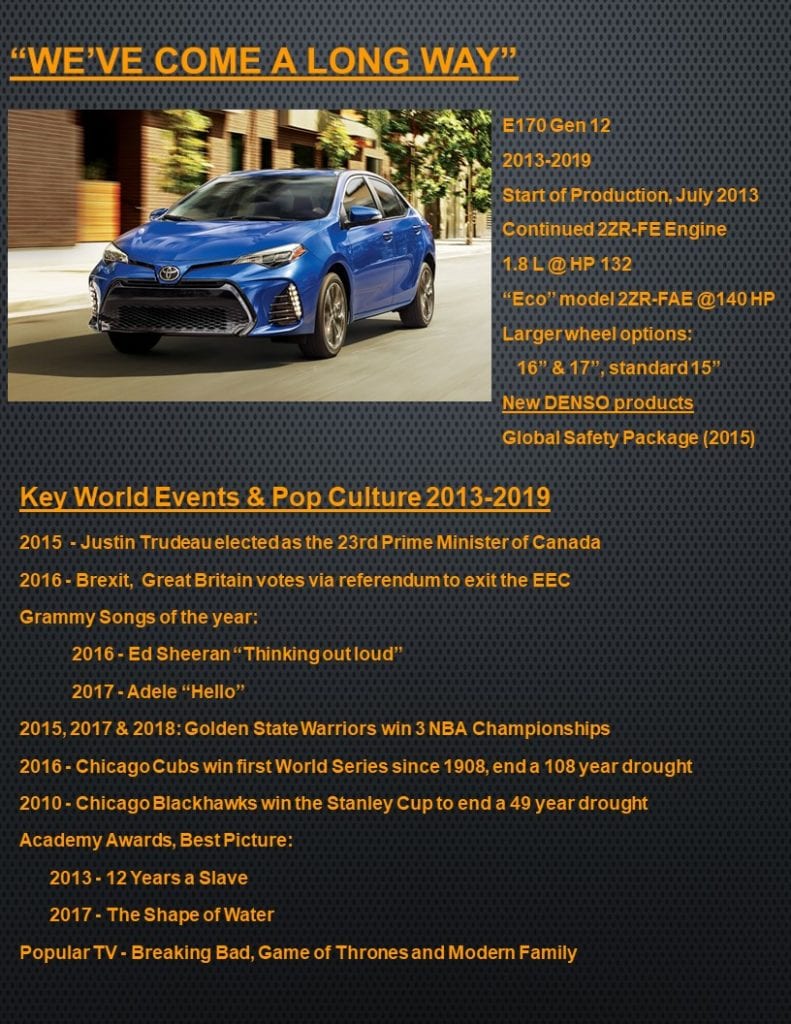